Concerts with the Mandelring Quartet

I am very happy to be in a wonderful, friendly and musical connection with my former colleagues after my leaving the Mandelring Quartet in 2015. Thus, throughout the season numerous quintet and sextet concerts with the Mandelringquartett will be on the program. Brahms, Mozart, Tchaikovsky, everything your heart desires, is offered in cities like Berlin, Munich, Ingolstadt, Schwabach, Regensburg, Buchholz etc.

CD "Brahms-Complete String Quintets" has been released by Audite 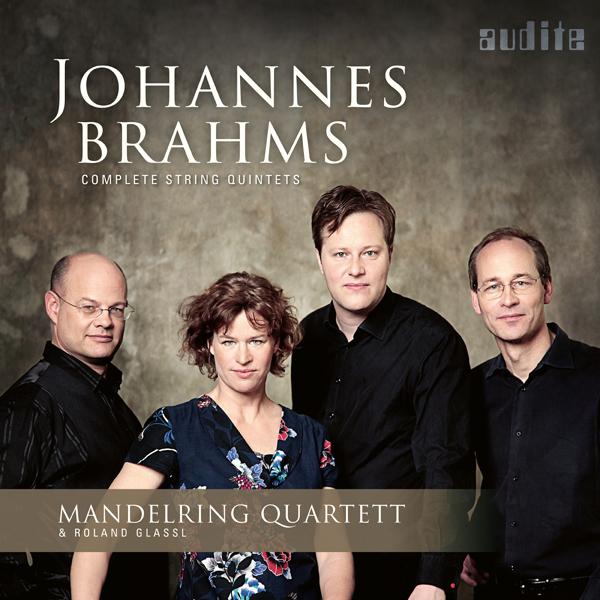 After the Reger suites were released in 2016, a second CD came out that year with the wonderful Quintetten of Johannes Brahms.For many years I had been able to experience these works from the 1st viola in this ensemble. I had just as much fun to make new discoveries playing the 2nd viola and tried to give the works the necessary dark color and depth. Thanks, dear Mandelrings, that I could play this great CD with you! Andreas, it is a pleasure to play next to you!!

CD "Suites for Viola" will be released on February 5th

​I am very proud to finally announce the release of my debut solo album performing suites for solo viola by Max Reger, Adolf Busch and Justus Weinreich. I was always fascinated by the way composers deal with translating "dances" in form of suites to solo string instruments. In this context Weinreich's suites of 1894 are a wonderful discovery for me and now available as a recording for the first time. The production will be released in February 2016.

With the wonderful Marie Luise Neunecker (French horn) and great stipendiaries of Villa Musica, we experienced an intense , exciting and productive week at Schloss Engers . The final concerts in Herdorf / Hüttenhaus, Andernach / Namedy Castle and Schloss Engers was a touching musical journey through the sextet by Ernst von Dohnányi and the epic octet by Franz Schubert . 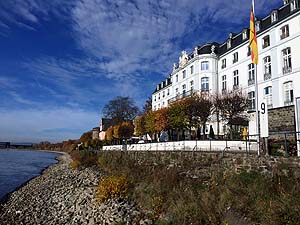 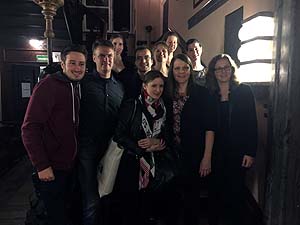 all musicians during that week 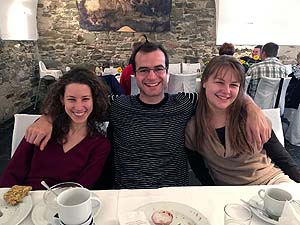 If I could only play the clarinete... 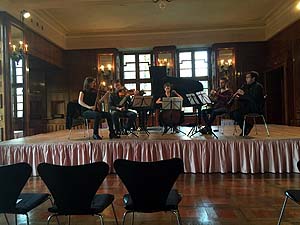 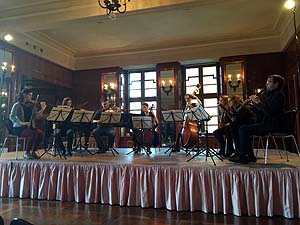 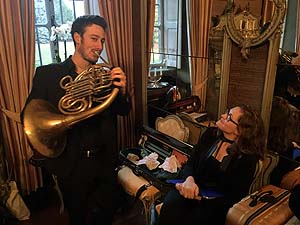 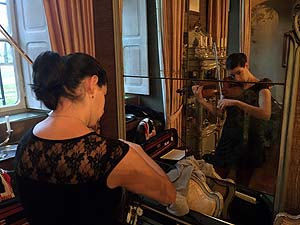 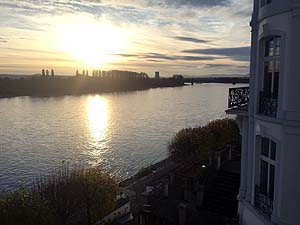 view at of my window

After 10 years, I was finally able to attend again the fantastic festival of Susanna Henkel and Dario Despot in Zagreb ! What they offer the Zagreb audience is really at its finest . Not only fantastic musicians, but a diversivied and exciting festival program including a perfect organization !

What a pleasure to perform with musicians such as Boris Brovtsyn , Susanna Yoko Henkel , Guy Braunstein , Ian Fountain , Monika Leskovar , Giovanni Sollima , Gili Schwarzman , Milana Chernyavska and Andreas Ottensamer. We discovered some less well known pieces like the guitar quartet of Boris Papandopulo, the Piano Quartet by Božidar Kunc or the "Passacaglia and Fugue" by Hans Krása . 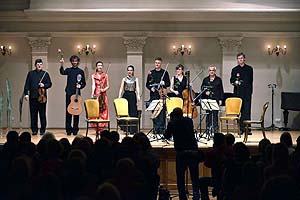 All musicians of the concert 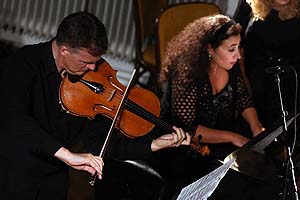 In concert with Milana Chernyavska 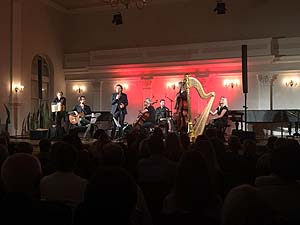 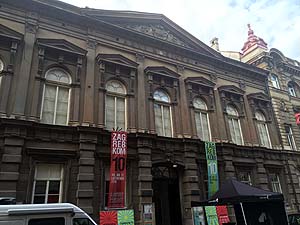 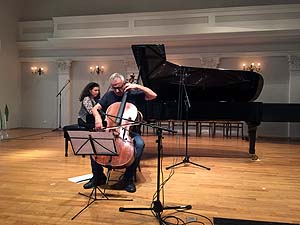 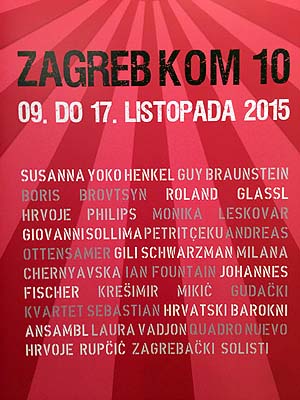 A fantastic week with many great musicians I had in Belgium this year again. Funny rehearsals, great concert venues and outstanding beer and chocolate ! It was a exiting expierence to play with musicians such as Hagai Shaham, Andrew Hardy, Gil Sharon, Vladimir Mendelssohn, Ron Ephrat, David Cohen, Alexander Dmitriev, Justus Grimm, Daniel Blumenthal, Michel Lethiec and other great musicians! 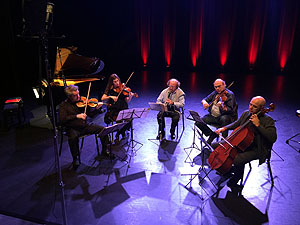 with Ron Ephrat and Gil Sharon 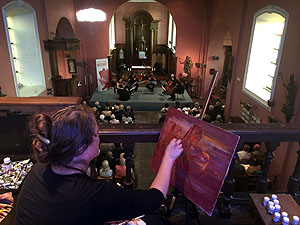 Far too often I couldn't take part at the Otzberg summer concerts. Ingrid and Gerhard Theis invite every year outstanding young musicians on their property to perform a very personal and special program. We could make a few musical discoveries due to the theme of the festival "transatlantic - compositions from America": First time for me to play pieces like Edward Herrmann's string trio, the string quintet by John Frederick Peter, finally Bloch's Piano Quintet, Lutosławski's Bucolics for viola and cello and Krenek's Sonatine for flute and viola. The secret highlight for me was Kreisler's "Liebesfreud, -leid and Schön Rosmarin" with my double Philipp Nickel on the Viola. Prompt we were mistaken again in the criticism! It could be worse for both of us...

Gerhards cooking is the best any festival can provide! It is absolutly outstanding! Why again we want to go there every year? 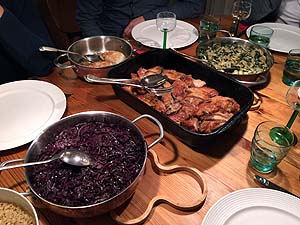 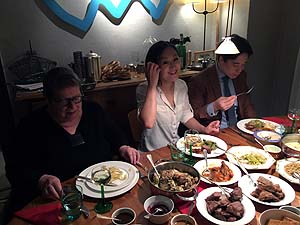 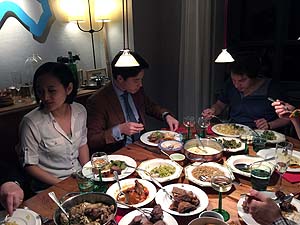 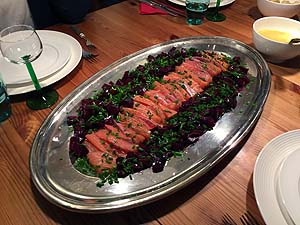 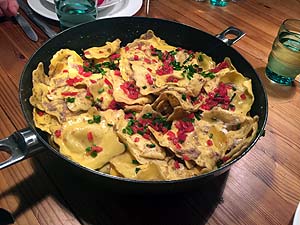 Hard to believe that it has been 16 years! How well I remember the beginning, when I had to learn within the first year an infinite number of new works. We had to rehearse a lot at the beginning and then it evolved into a wonderful musical and personal friendship. So many common experiences we share now after these intense and eventful years! I could write books about all the anecdotes that will link us for a lifetime! Perhaps there will be something to read about it here one day ...

What is there more fulfilling for a violist than playing in a string quartet? Nevertheless, I have decided after all these years to go on new paths. We separated in great friendship and gratitude, but will remain musically connected. I look forward to the common chamber music projects, where I will be a guest among old friends!

A fulfilling life in the heart of a string quartet 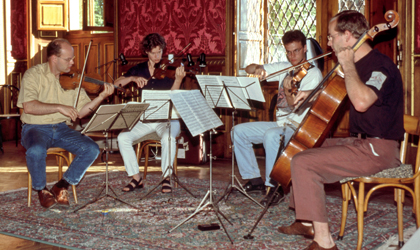 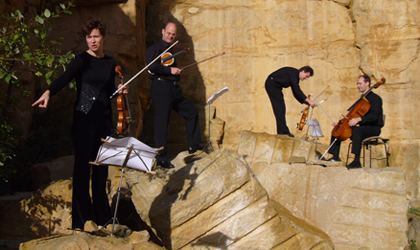 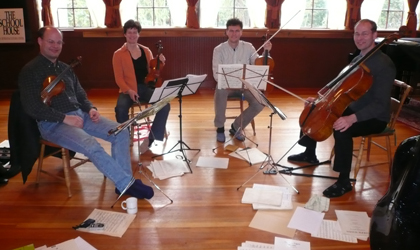 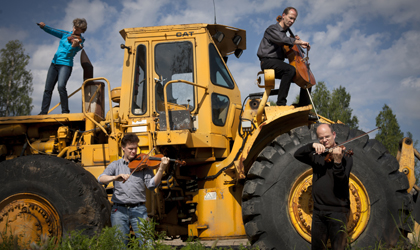 unusual rehearsal at the Kuhmo Festival 2014

New from my class

In 2017, I will give 7 master classes. As usual, Mußbach (spring academy Neustadt), Leutkirch (summer academy Leutkirch), for the second time I will be at the Starnberger Musiktagen, the Forum Artium and Allegro Vivo and for the first time at the Accademia Perosi (Italy) and Branimir Slokar Academy Ljubljana (Slovenia ). See "masterclasses" for more information.

It was a wonderful year 2016 with great festivals, masterclasses, concerts and projects! Go to "News" for some impressions of that and to "concerts" for future events. Also 2017 is again full with many great projects. I am also very proud to be asked many times since I left the quartet to be a substitute as principal violist at the Bamberg Symphony Orchestra! What an great opportunity for me to get closer to the fantastic orchestral repertoire!